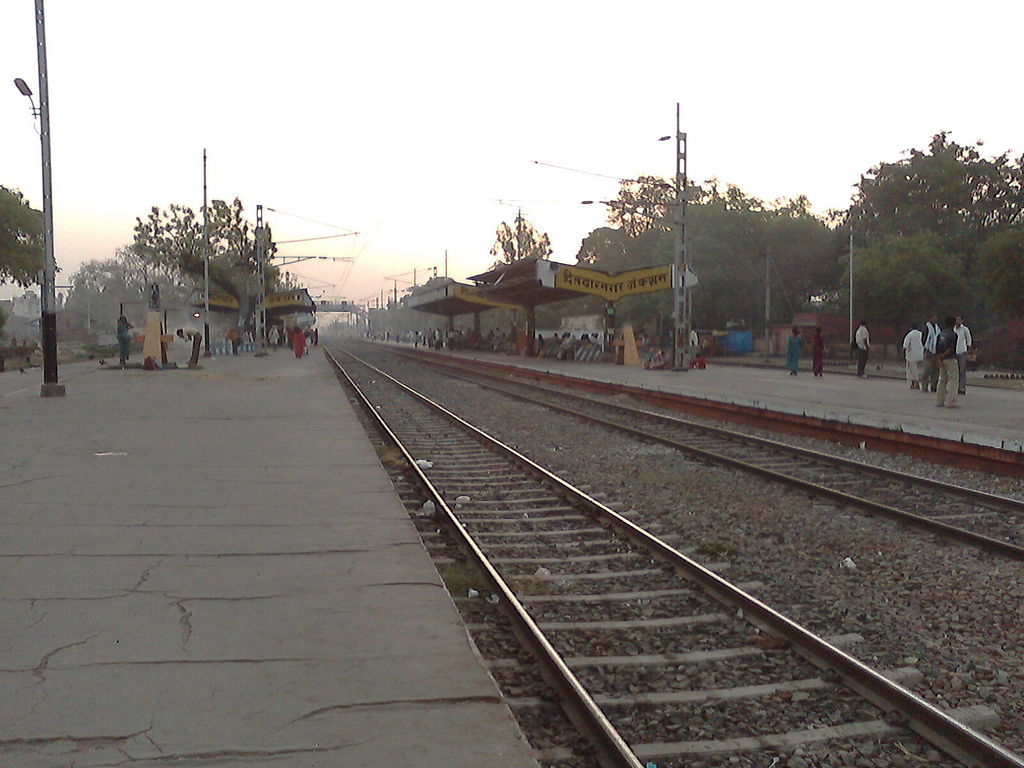 Dildarnagar is a developing and new face town  and municipal board in Ghazipur district in the Indian state of Uttar Pradesh. Located around 70 km from Varanasi, it is an important railway junction of the Indian Railways. Once, it enjoyed the position of the railway marshalling yard of Asia. The Grand Chord section, which starts from Asansol, West Bengal, terminates at Dildarnagar.Over the years the city has been subjected to severe electricity shortage owing allegedly to inefficiency and corruption prevalent in the electricity department of the city.it is regarded as a holy town by the more places like ghazipur,zamania,phooli,gahamar,bhadaura,mircha,rakasaha,usia,kurra,devaitha,etc.people who came from other place joy and great joy in dashehara festival,diwali,holi,id,bakarid,etc.Dildarnagar  is most and great favourate place situated between varanasi and patna.it is one of the oldest continious inhibited town in the uttar pradesh and probably the oldest in ghazipur.Dildarnagar is most famous for its railway yard and its railway colonies. There are about 5 railway colonies. Dildarnagar Railway Division belongs to East Central Railway (ECR) Zone of the Indian Railway. About 125+ passenger trains pass from Dildarnagar Junction. The Divisional Rail Manager (DRM) office of Dildarnagar Division is situated here. At Dildarnagar Junction,  Main Line (delhi-howara)) .Varanasi City is 70 KM from Dildarnagar Railway Station via GT Road.there is a one local train Dildarnagar toTarighat i.e.GHAZPURAHIYA.

Dildar nagar lies on the road from Varanasi to Buxar and 20 Km. from Ghazipur. Between the town and the station there is mound called Akhandha, said to have been the seat of Raja Nal and the large tank to the west is called Rani Sagar after his famous queen Damayanti. In the center of the mound are the ruins of two temples..A Hindu settlement owes its present name, perhaps, to Sadi." During the tenure of Aurangzeb a few market centres developed such as Dildarnagar (tahsil Zemania) named after one of his officials. Dildarnagar,2 village in tahsil Zamaniya, 20 miles south of Ghazipur, derives its name from a Pathan named Dildar Khan who settled here in the reign of Aurangzeb, after having destroyed the ancient Hindu town of Akhandha [1] The Mughals were victorious and the Rajput army was scattered. Dham Deo and his elder brother Kam Deo came down to Ghazipur with their families and followers. According to a book, Evolution and Spatial Organization of Clan Settlement by S H Ansari the Sikarwar Rajputs of Gahmar (one of biggest villages in Asia situated on the bank of river Ganga) emerged from Dham Deo andBhumihar and Kamsar Pathans emerged from Kam Deo. Many of the Khanzada Rajputs villages are situayed near the town of Dildarnagar.